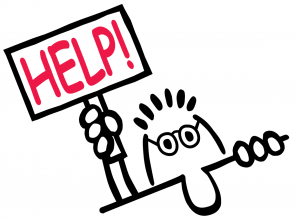 1 – ADHD Definition –Attention deficit/hyperactivity  disorder is a chronic condition that typically begins in childhood and persist into adulthood.  It includes a combination of persistent problems, such as difficulty sustaining attention, hyperactivity and impulsive behavior.

2.2   Only 2.5 million of the children with ADHD were being treated.

2.3    South Carolina is ranked number four in the United States of individuals diagnosed with ADHD (2011).

3- Facts and Symptoms by age groups.

While not every child, young adult or adult  with ADHD exhibits the same developmental concerns at the same stage or age, the following is to provide some general  information on the effects of ADHD over the lifespan.  . “ADHD is a serious and expensive public health problem.”*

Infancy to age 10 Symptoms of ADHD typically arise between the ages of 3 to 6.

90%  of the students with ADHD will struggle academically.

Most students with ADHD exhibit executive function deficits***  in getting started on task, remembering chores, assignments and memorizing math facts.

Most children with ADHD are at higher risk of accidents and self- inflicted injuries.

69% of  the children diagnosed with ADHD have a co-existing condition such as anxiety or depression, with 25-50% having a learning disability.

60% of students with ADHD are typically slower in reading, have difficulty with reading comprehension and have handwriting problems.

Students with ADHD have difficulty with test taking.

71%  of the students with ADHD are expelled and/or suspended from school.

ADHD is a predictor of juvenile justice issues

There is more difficulty with independently completing homework.

Many of the childhood effects persist into adolescence and young adulthood.

Increased expectations at this age along with decreased supervision and support increases the problems.

Students with ADHD are 30-40% more likely to drop out of school.

There is a 30% delay in mastering life skills.

Young people with ADHD begin drinking at younger ages than their typical peers.

There is a 68% higher rate of pregnancy before age 19.

Girls with ADHD are four times more likely to have an eating disorder.

Young people with ADHD tend to have sexual intercourse at a younger age than typical peers.

20 – 56% of adolescents with ADHD will be diagnosed with a conduct disorder at some point.

There is a higher risk of substance abuse in individuals with ADHD and much higher for those not being treated with ADHD medication.

There is higher rate of fatal automobile accidents of individuals with ADHD.

Young adults with ADHD are 3 times more likely than typical peers to have their driver’s license suspended.

Young adults with ADHD have a higher rate of risk-taking behaviors.

Adults with ADHD have problems with relationships.

Individuals with ADHD are more likely to be prone to outbursts and have less emotional control.

There is a higher rate of suicide in young males with ADHD.

20% of young adults with ADHD will move back home after attempting to live independently.

(Age 31 – up) 50 – 70% of individuals with ADHD will continue to manifest symptoms that cause  impairments in their adult life.

Overall, there is a greater reduction in life expectancy of those with ADHD.

Adults with ADHD have more difficulty handling money and finances.

Adults with ADHD have more social problems and have higher rates of divorce.

There is typically great variability in the quantity and quality of work performance.

The Mayo Clinic Guide to Raising a Healthy Child” 2019

Center for Disease Control and Prevention 2011